Republic Services is one step closer to electrifying its fleet. In a live virtual event held Tuesday, Oct. 6, 2020, Mack Trucks symbolically handed over the keys to the waste and recycling giant to begin in-service testing of the Mack LR electric truck.

The Phoenix-based company first announced its partnership with Mack to build a fully-integrated OEM garbage truck with zero diesel propulsion components during its 2018 fourth quarter and full-year earnings report in February 2019.

He quickly jumped into discussing the need for innovation and technology advancement in the waste and recycling industry.

“The industry presents some of the most severe and demanding applications, along with the most varied applications,” Randall explained. “You can find a truck not only running city routes, but then find it on the highway on its way to a transfer station, or to a landfill and then off road within a landfill.” 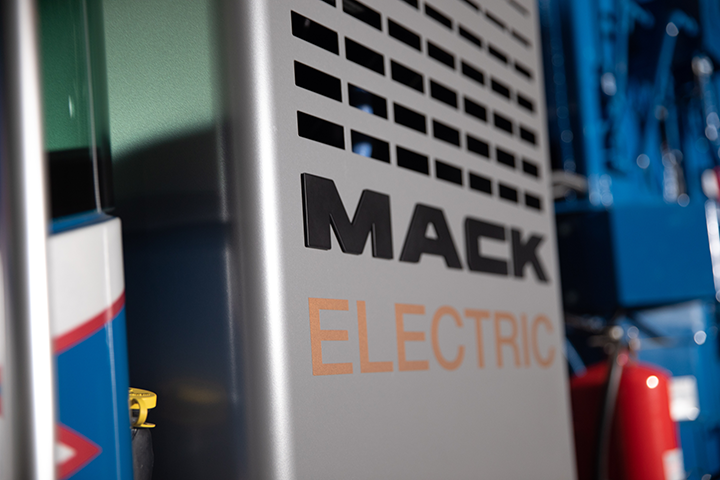 On average, the waste and recycling industry purchases about 7,000 trucks per year, the majority (55%) of them cab-over-engine (COE) vehicles. The remainder are straight trucks for collection and roll-off applications and tractors for transfer applications. According to Randall, the useful life of a truck is about seven to eight years, at which time a replacement is sought.

The Mack LR truck was first introduced in 2015. Engineers designed it from the inside out because “our customers’ drivers spend hours every day in this cab,” Randall noted.

“And really we were focused on number one cab comfort for the drivers in their office,” he said. “and then more safety and technology with the ability for these folks to do their jobs, the most efficient way as possible throughout the day.”

The electric version touts zero greenhouse gas (GHG) emissions, zero oil changes, zero fuel costs and little to no noise. While exact diesel gallon equivalent to electric numbers are not available, Randell said he expects the energy costs to be lower than a traditional diesel model.

"We expect to see good savings in maintenance costs as well," he said. "Particularly even when you just think about the brakes alone and the regenerative braking, you've got several thousand unique stopping experiences per day. You no longer need to mash on the brake pedal to stop the truck every 15, 20, 25 yards after masking the accelerator, and that'll really help save, just as an example, on the wear and tear of the brakes. The second thing is an electric motor and electric truck has significantly less moving parts than an internal combustion engine, as well, all self-contained and maintained too. So not only from a fuel consumption standpoint, we also expect to see some good maintenance savings as well."

Donald W. Slager, Republic Services CEO, commented, “Our people been working with Mack on getting all the data collected. How much weight do we need to carry? What distance do we need to run? How many hours? At what temperatures? So we're excited to see this thing in real life.”

“I think Mack’s taken a big leap forward here with the electric truck,” Slager said. “We’re super excited to be part of it.”Other features include Heil’s Command-SST, an automated side loader refuse body optimized for next-generation electric collection trucks. The Command-SST’s strong lightweight body aims to maximize hauling capacity. The hydraulic system only draws power when needed, helping extend battery life, according to Mack. A unique feature is the body-mounted ASL arm, which frees up frame rail space for batteries or other auxiliary components.

“We have 120 years of application expertise. We have a proven fully-electric powertrain engineered inside a proven vehicle that integrates well with the body equipment required for collection,” he said. “We also have an ecosystem that will be ready to support the LR electric models, as well as an industrial footprint that has completed major investments and prepare for the commercial launch of the LR electric.”

Mack Trucks have been powering Republic’s fleet as far back as 1929. Republic Services loaned three antique Mack truck models to the Mack Trucks Historical Museum in 2019. 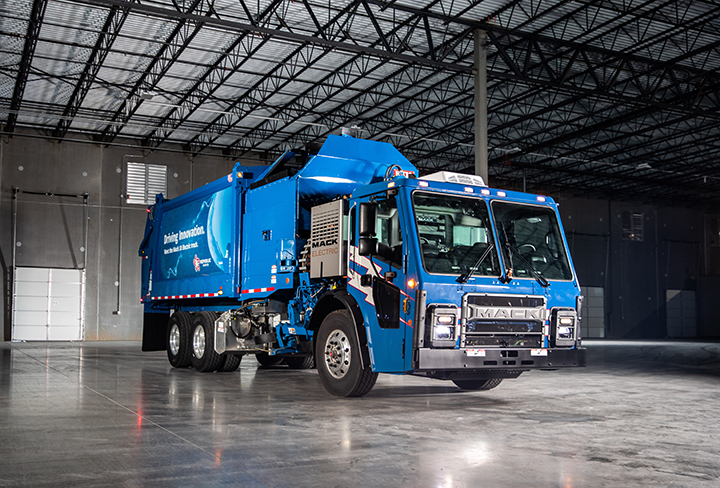 Shane Walker, Republic Services’ area president – Mid-Atlantic region, described the company, its environmental goals and why it made sense to partner with Mack Trucks. Republic, which operates in 41 states, operates a network collection, transfer, landfill and recycling centers. employing more than 36,000 workers who service municipal, residential and commercial customers. This amounts to 5 million pickups per day.

Walker explained, “to do those 5 million pickups, we operate a fleet of over 16,000 trucks. So obviously, with a fleet that size, we're constantly looking for innovative ways to improve efficiency, performance and then ultimately lessen our impact, which brings us here today. We bought we decided to partner with Mack because we want to take a leadership role in electrification. We think it's our future.”

The pre-production model of the LR electric model truck will be tested in Hickory, N.C. within Republic’s residential recycling collection line of business. The LR Electric will be "evaluated for its range, functionality and payload capacity." The LR Electric will be built at the Mack Trucks Lehigh Valley Operations (LVO) facility in Macungie, Penn., according to the company. Mack Trucks is preparing to take orders beginning Q4 of 2020, and companies already are inquiring about the new model.

“We can share that we have seen significant interest from several fleets in the US and Canada as early adopters wanting to participate,” Randall indicated. “So we expect it will be in good shape for when we start production early next year and then beyond.”

The Mack LR electric truck is slated to go into full production in 2021.